The STAP manipulator is a highly-precise remote controlled multi-axis equipment used to automatically open the tap hole with an oxygen lance in case of non-spontaneous opening.

It is part of our ZERO MEN AROUND technological package developed to remove all human operations around the EAF as it is considered to be a high-risk area. Of course, this device is not used regularly in each cycle, but only when required.

Our STAP manipulator is equipped with a lifting/lowering column placed on top of a basement; this column supports a double-axis system made of a swivelling arm and a swivelling/rotating arm which holds a telescopic oxygen lance. As the oxygen lance lifts, it unclogs the tap hole.

The 4-axis move thanks to electrical servomotors and a motion controller which allow a very accurate control of the oxygen lance. This device saves on long delays that usually occur in several meltshops due to the time required for the operators to manually unclog the tap hole in case of non-spontaneous opening of the latter.

Have a look at our STAP in operation here 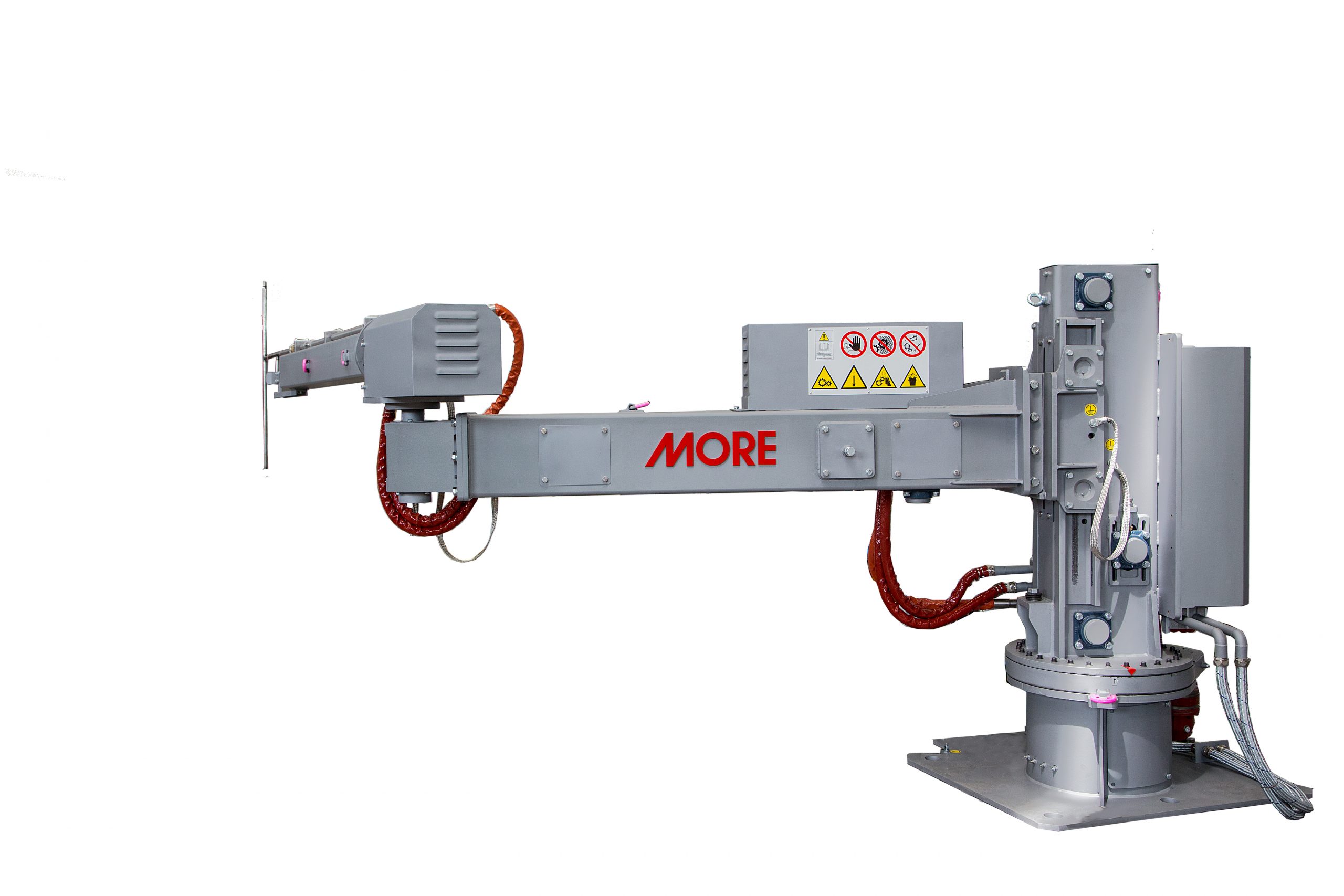